A downloadable game for Windows

Once upon a Dungeon is a roguelike game with a dense atmosphere and challenging gameplay. Explore dark dungeons full of dreadful foes. Defeat them using physical power or mighty spells. Meet Slavic gods, discover how to awake them and unleash their power. Craft magic items, collect unique ones, enhance your attributes and face the main antagonist – Fallen One.

The game has following features:

Weapons have different capabilities depend on their kind:

Spells can cause different effects depend on their kind:

In order to download this game you must purchase it at or above the minimum price of $0.89 USD. Your purchase comes with a Steam key. You will get access to the following files:

This game is...interesting. It looks halfway between commandable for a genre known to use ASCII and like all of the game was badly exported out of paint.net version 0.7 on windows bandera.  Messages print a bajillion of them when trying to open locked doors, Insane amount of blatant typos (defence and sacerfice anyone?), absolutely lifeless voice acting although the fact there is voice acting is impressive. Really the "main character" is the worse offender. I could do a better job for crying out loud! Repetitive and short music thats kinda distracting and dosent fit often, it dosent say what hooch does nor is it clear what it does, The dungeon looks horrible and the art is quite incipid, the way dungeons are generated in prefab rooms connected by 5 doors is a smart but extremeely lazy and and samey way of connecting the prefabs and modifiers are still written in programming text allSmushedTogether

However tha game has a ton of really good ideas executed very well. Honestly this game feels like if it got a bit more development time to go absolutely balls to the walls with its ideas, this game could be absolutely amazing and reach Heroes of Might and Magic III in terms of senseless, awesomely crazy build potentiality.

Magic spells go from mundane to fucking buck-wild with summonning shopkeeps and unkillable skeletons.
the "crafting system"  is  more like alchemy and goes wild with RNG its great and super creative.
Absolutely mundane and and uninteresting perks as well as ones that are insane and make you think of the possibilities of what you could do with them.
the game completely discourages the normal roguelike tactic of choke points by having enemies teleport or summon enemies in your back.
And it has randomised tiered loot ala diablo along with a gem socketing mechanic which i always love dearly

Its a real damn shame that the game's development seemed to have ended two or so years ago because this is one of those projects that if given the kind of eternal-development-cycle things like Dwarf fortress, Nethack and others have, it would turn into something truly, deeply amazing. That or go the Infra Arcana route and update the game once every two year and update the game in ways so radical the old version feels like a completely different, inferior game.

Thank you for a honest review.

You're right - many aspects of this game sucks - especially graphics.

I'm a programmer, but I like drawing graphics and I'm willing to get better :)

I did not care much about graphics - as they say it's not that important in roguelikes.

From the time perspective I think it might have been a reason for this game's failure, as many people reject the game purely based on the look of it.

I stopped development of it due to a lack of interest from players. No  one to blame. There are many very good games on the market - so  it's hard to get an attention.

Before releasing it I wanted to get any response as I was not sure if game is mature enough.

Here are (some of) attempts:

Again no-one to blame, forums are full of trash mixed with a small percentage of good games. I'm myself not commenting work of others - my (poor) excuse: lack of time.

During a year after release there were about 9 big updates of it - making it a decent coffee-break game  - kind of what I envisioned. Still I got maybe 8 reviews on steam and zero on itch (I guess itch has way smaller audience).

So the key is to make a good game and then somehow get attention of community - I failed at least at a second part.

Armed with a knowledge I got when  creating it I'm thinking about creation of the sequel - that would be a big game with an outer world and many dungeons you can enter from it.

I'm designing games in my spare time - so it's a slow process, and getting slower as I'm getting older :).

At the moment I'm not sure if alpha version will ever appear. Since  year I'm designing some stuff for it, but it's way too slow pace of development. Anyway you can get a preview of assets on my twitter account:

Have fun playing the game,
Regards,

Thanks for replying! If you need some help i'd love to participate in making the sequel a reality. Im not much of a programmer however I am an enterprising artist with my main ability being music. Im also a game designer and am currently working on a board game project and some other things. So if you need/want my help you can contact me more private-like on discord at Mickio#7085

I'm fall on your game ( Once upon a Dungeon )the day  of your sale finish! and it seems pretty good ( I love indie rogue like XD ) Sadly I haven't any money for game but have any time for play ...

Then I ask you if you could offer it to me (if it's possible in two  copy for me and my little sister on steam( and one copy or itch.io)) I agree to write an honest review in french on steam and itch (you have already one positive review on steam in french with more than 30h of play!)  and maybe my little sister too!

PS : Can I suggest you to publish it on GOG (more visibility than on itch and players who love retro games) if you make it and and that you accept my proposal I can publish my review on GOG too!^^

PPS : I see on steam your other game ( Gem Collector ) in early access and he make me think at Bulder Dash it seems pretty good and I'm verry intersted at help you with first review in french and bug tracking maybe suggest too (if I have) maybe you can publish on GOG too for the same reason  XD

PPPS : I have a suggest if it's not too late think  for make easy method for translate game one of the biggest mistakes of the small indie it's not to think about it because they can't means to have their games translated have it translated by a professional and after it's too late but depending on the amount of text it only takes one player to translate the game ;-) and mostly players prefer play in their language!!

PPPPS : (I know  it's a lot ) mostly do not feel obliged to accept my requests even if I would be delighted !! and  I know I ask a lot but if you could give me extra keys I make it on giveaway on indiegala there is between 500 and 1500+  participant and it's make "free" pub and maybe more players

Hello exol161, send me your email address to: tomkot@gmail.com 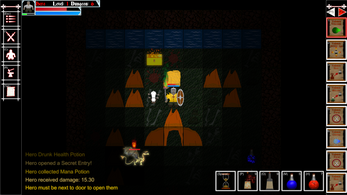 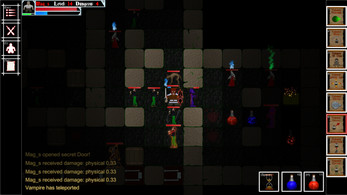 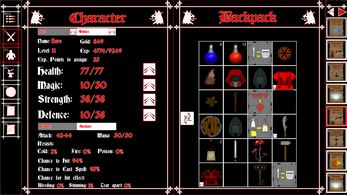 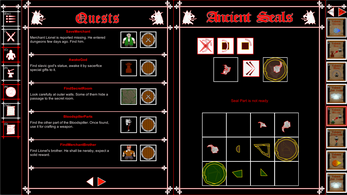 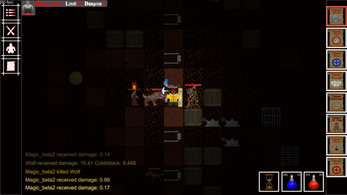 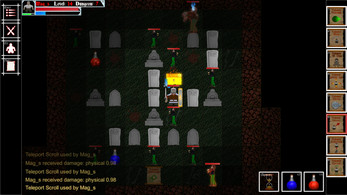 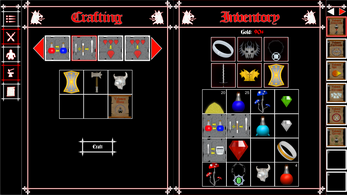 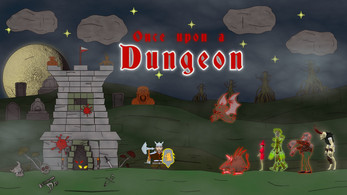